The announcement by Brian Cowen that he was resigning as the leader of the Fianna Fail party, but is going to stay on as Taoiseach (Prime Minister) until the March 11 election, has put the Irish bailout into question.  The November bailout of the Irish economy consisted of a series of different financing packages being combined into a larger total.

The first funds available under the bailout were provided by the raiding of the Irish retirement fund by its bankers.  The next steps were to be funded by the EU and IMF funding sources, once the people of Ireland were legally subjected to the bailout requirements.  The bailout never made it to a full vote before the collapse of the Fianna Fáil party.

This leaves Ireland in the unique position of being able to reclaim its future, by denying its past.  The citizens of Ireland have not accepted the bailout.  The coalition is not expected to be able to put the matter to a vote before the election.

“All we know is we are going to get an election on or before March 11 but that is about it,” said Micheal Marsh, professor of politics at Trinity College Dublin, calling the events of the past week “bizarre.”

“If the conditions in which all of this was going on were not so serious it really would be farcical.”

The people are clear they plan on voting for anyone who will fight the bailout.  This makes the chances of a post-election bail out vote of acceptance unlikely.  If the Bailout fails to be voted on in the coming days, it may never make it to a vote. 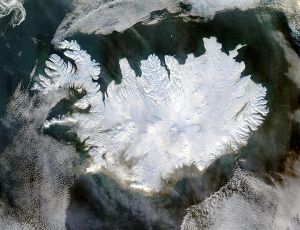 The Iceland solution, the iceberg in the European bailout process, is becoming harder and harder to ignore as a solution to the problems of a Sovereign state.  Iceland has managed to abandon its banks, right size its economy, and regain organic growth.

“We’re at an important turning point in many ways,” Finance Minister Steingrimur J. Sigfusson said. “We’re mainly trying to present our own case, which we think is good enough to make a convincing story that Iceland is a safe place to lend money to.”

“The economy is turning to growth and we think it’s about time to start seriously preparing to make a move on the international financial markets,” he said. “The long-term developments have been very favorable and the CDS on Iceland is now lower, or around the same, as it was well before the banking crisis.”

Today, Iceland’s Sovereign CDS swaps are at levels before the crisis.  They have dropped below the level of Portugal and Spain.  The nation had its first organic growth in the last two years, from July through September.

CDS on Iceland’s five-year debt traded at 310 basis points on Jan. 10, compared with 359.6 for Spain and 650 for Portugal, according to CMA data available on Bloomberg.

Iceland is sitting on large FX reserves, and due to its small number of actual citizens, it is in no need for actual funding.  The first bond offering since the crisis will be small in size, but large in symbolic terms. Iceland will be fully rehabilitated; no one can say the same about any of the EU states following the proscribed internal deflation approach. 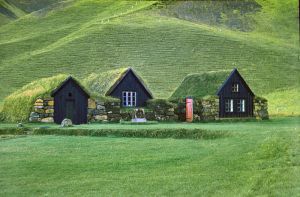 Iceland has embraced hard pain upfront, abandoned its overleveraged banks, and has weathered the storm.  It is growing again, and is able to fund itself.  These events are a beacon to any nation that could follow the same path.

The only question about Ireland today, is if they are going to stay debt slaves of their banks, or are they going to embrace a return of Sovereignty to the Emerald Island.

Links of interest to the story

9 thoughts on “Ireland’s Titanic Bailout at Risk, Iceland looms ahead”